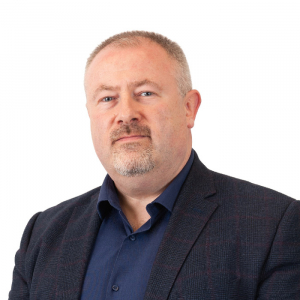 In the spotlight this month is Reuben Hayes, operations director at Diamond Special Works, who gives an insight into his role, working his way up from being an apprentice, and what it’s like to work for the team.

What does your role involve?

Generally, it involves overviewing all the logistical aspects of site-based contracts. This could include delegating work to the various operational teams, regular progress meetings with clients and managers, setting targets and objectives for all staff, and reviewing construction programmes, budgets, labour levels and risk to ensure projects remain on programme.

Operational reports are presented at each monthly board meeting to report on progress, so my role also involves monitoring performance against agreed criteria as well as ensuring our contractual obligations are met, all while delivering high-quality work within time and budget.

What makes Diamond Special Works different to other contractors?

One of the benefits of being part of the Diamond Build Group is that each company works within clearly defined parameters. A lot of our competitors will take on both small and large value projects, but Diamond Special Works only deals with smaller value projects up to circa £1.5million.

That means our team of directly employed labour and specially selected sub-contractors are highly experienced in delivering these types of projects on time and to budget. They are also skilled at navigating the various issues and complexities associated with this type of work and which can vary greatly from much larger, higher value contracts.

Personally, I have spent over 30 years working in the ‘special works’ sized segment of the industry starting as a site labourer and then an apprentice, and then going on to become a tradesman, site manager, and now an operations director – and it’s a sector I’d be happy to work in until I retire.

As a former apprentice, what are your career highlights to date?

As an apprentice, I studied hard to absorb everything possible on the course, which paid dividends as I achieved a distinction in both standard and advanced level city & guilds; results which I was very proud of at the time.

Once qualified as a tradesman, I had a steady stream of apprentices placed under my tutelage, many of whom went on to have successful careers in their own right. I got great satisfaction from passing on my knowledge and experience to others, as long as they were willing to put the necessary effort in as I had!

My next highlight was when I was given my first contract to run as a working foreman for a small refurbishment project at a residential home in Tufnell Park. I was proud that management here had confidence in my ability to manage the works. The job went very well and over the ensuing years, the size and complexity of projects under my jurisdiction grew.

Between 2001 and 2017, I worked elsewhere but again constantly improved my skillset, learning the ins and outs of health and safety, and project management. I even ran an accounts department for eight years, among other duties, which all helped me to gain an improved understanding of the industry.

Upon my return to Diamond Special Works in July 2017, I was delighted to be made general manager of the company and then promoted to operations director in 2019. As an apprentice at Diamond Build in the early 1990s, I never thought I’d be sitting here as a director thirty years later, and I’m thankful to Diamond Build for the opportunity.

What advice would you offer to others thinking about becoming an apprentice?

Firstly, I would advise that they think carefully about whether their proposed career path is what they really want to do. I have seen several cases where a candidate has started an apprenticeship because they thought it was an easy option, or as in one case because ‘the advert said the work was local!’

An apprenticeship is a lengthy commitment to make for both the candidate and the employer, requiring honest dedication from the candidate, and continued financial support and career development from the employer. With the right attitude, the benefits are plentiful. You will be qualified and have learnt skills that will stay with you for life, meaning you will always have an avenue to employment.

The wrong attitude will lead to wasted time and effort on the candidate’s part, and wasted time, money and resources on the employer’s part, so everyone loses. To highlight this, when I started my apprenticeship, there were 96 students spread across three classes in my year, and this had reduced to 30 students by the start of year two, and 18 at the start of year three, all of whom passed the basic C&G qualification. When I returned for my advanced level, year four, only six of the original 96 students completed the course.

In short, with the right attitude, an apprenticeship is a wonderful opportunity, but it is definitely not an easy option. Anyone who thinks otherwise would be best advised to seek an alternative career path.

What do you like most about working for Diamond Special Works?

I have always enjoyed working in this part of the industry. The contracts are generally relatively short, so you encounter a wide variety of projects in widespread locations, meaning you never get bored or stale.

In Special Works, we carry out a large number of small projects in the sub 10k category, requiring a more personal touch as these jobs are predominantly in occupied premises, often with vulnerable residents. We also carry out plenty of repeat business for a number of NHS trusts, mainly in the mental health sector improving existing facilities and infrastructure, and these projects are always rewarding.

I have always enjoyed the close-knit way of working in Special Works. There is no ‘them and us’ ideology between the site operatives and management. I have always tried to instil the idea of everything being a collaborative team effort, with everyone playing their part. In my early years here, there was a similar ethos. The management team, like myself, were former tradespeople, and I have always found it a successful way of working